Why should you prefer ethereum over bitcoin for your Business

Why should you prefer ethereum over bitcoin for your Business 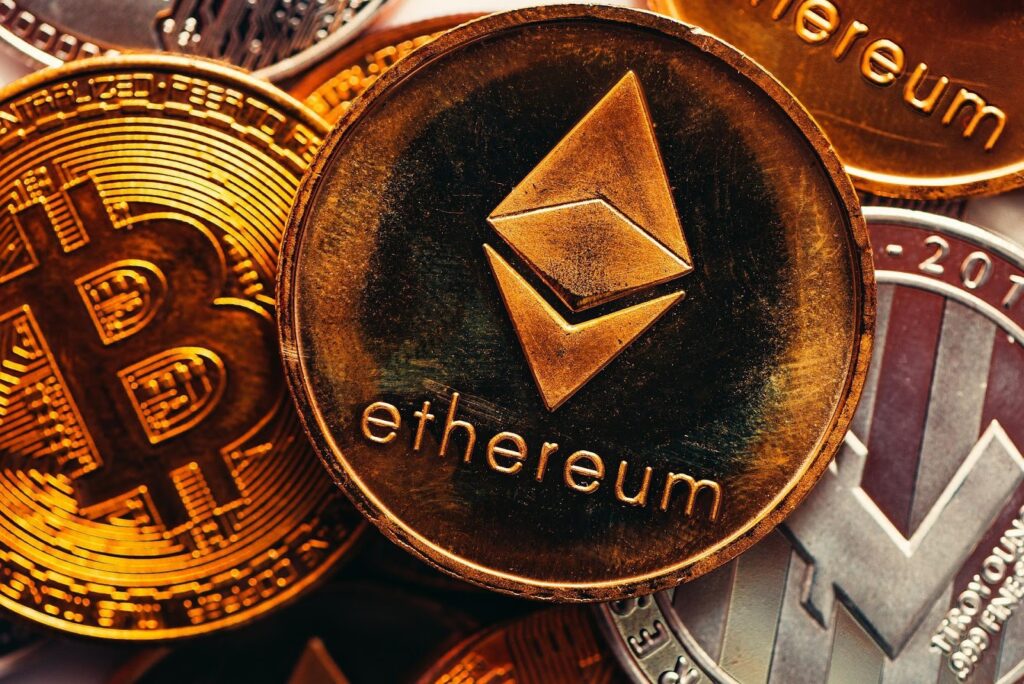 Bitcoin may have been the first cryptocurrency, but Ethereum has quickly been rising in popularity thanks to its increased security and fast speeds. The Ethereum platform uses a different algorithm than the one used by Bitcoin and other cryptocurrencies, called Ethash. Bitcoin’s popularity is going down as Ethereum gains more and more traction. But, what’s the difference between the two? Read on in this blog post to find out!

Ethereum is a decentralized platform that runs smart contracts: applications that run exactly as programmed without any possibility of fraud or third-party interference.

Ethereum is different than Bitcoin in a few key ways. First, it’s designed to be adaptable and flexible. Ethereum’s core team is constantly researching and implementing new features that make it more useful and powerful. Second, Ethereum is much faster than Bitcoin. Transactions on the Ethereum network can be confirmed in a matter of seconds, while Bitcoin transactions can take up to 10 minutes to confirm.

Fourth, the price of Ethereum is much more stable than the price of Bitcoin. This is because Ethereum is not as widely used as Bitcoin yet, so there is less demand for it. As more people start using Ethereum, the price will likely increase.

Bitcoin and Ethereum are both decentralized cryptocurrencies that use blockchain technology. However, there are some key differences between the two.

Bitcoin is mostly used as a store of value, like gold. Ethereum, on the other hand, is used for its smart contracts feature. Smart contracts allow developers to create decentralized applications (dapps) on the Ethereum blockchain. This makes Ethereum more versatile than Bitcoin.

Ethereum also has a higher transaction speed than Bitcoin. Transactions on the Ethereum network are confirmed in just a few seconds, while Bitcoin transactions can take up to 10 minutes to confirm.

Overall, Ethereum has more advantages than Bitcoin. Its smart contract feature makes it more versatile, and its faster transaction speed makes it more convenient to use. If you’re looking for a secure cryptocurrency to store, it makes sense to store Ethereum in your eWallet. Still, Bitcoin is one of the most venerable cryptocurrencies available today. It has been around since 2009, and its value has increased steadily over the years. If you’re in it for the long haul, it’s often better to invest in Bitcoin than Ethereum.

Ethereum has several advantages over Bitcoin. First, Ethereum is faster than Bitcoin. Transactions on the Ethereum network can be completed in just a few seconds, while transactions on the Bitcoin network can take up to 10 minutes. Second, Ethereum has more applications than Bitcoin. While Bitcoin was designed primarily as a digital currency, Ethereum was designed as a platform that can be used to build decentralized applications. This means that there are many more potential uses for Ethereum than there are for Bitcoin. Third, the price of Ethereum is much cheaper than the price of Bitcoin. This makes it more accessible to people who want to invest in cryptocurrencies but don’t have a lot of money to spend.

Overall, Ethereum has many advantages over Bitcoin. Its speed, versatility, and affordability make it a great option for people who want to invest in cryptocurrencies.

There are a few potential cons for Ethereum that should be considered before investing. First, Ethereum is still in its early stages of development and is thus subject to high volatility. The price of ETH could rise or fall significantly over the next year or two. Secondly, Ethereum’s smart contract platform has not been fully tested yet. While there have been no major issues so far, there is always the possibility that unforeseen problems could arise. Finally, Ethereum faces stiff competition from other blockchain projects such as EOS and Cardano. These projects could potentially eat into Ethereum’s market share in the future.

Overall, Ethereum has more advantages than Bitcoin when it comes to investing. It is faster, has a lower transaction fee, and is more flexible. In terms of price, Ethereum is also more stable than Bitcoin. However, it is important to remember that cryptocurrency investments are volatile and can go up or down in value at any time.

The Powerful Benefits Of Using A Decentralized E-Commerce Platform

Why should I invest in nft to grow my business